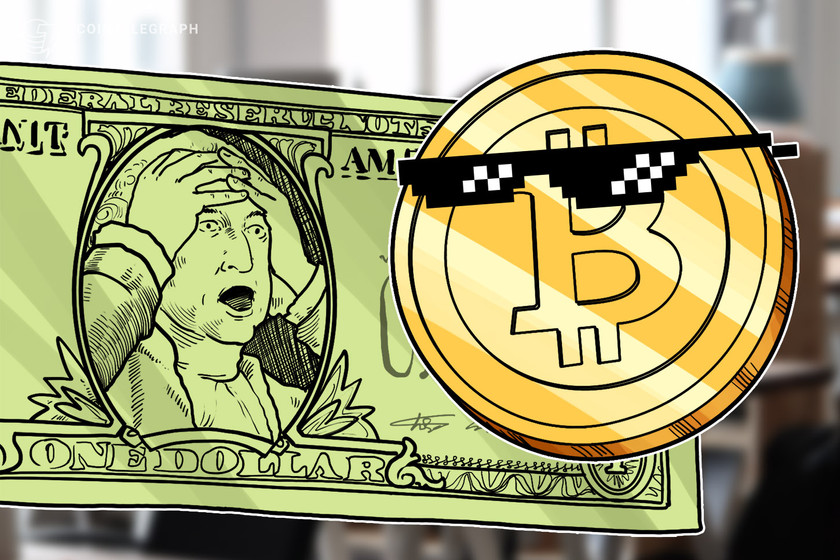 Morgan Creek Digital’s Jason Williams prefers to sell his old cars for crypto instead of cash.

As Bitcoin (BTC) momentum continues to grow, some people seem to prefer selling their belongings for cryptocurrency instead of fiat money.

Williams announced on Twitter that he sold his 2007 Chevrolet Suburban for 0.4 BTC, worth around $7,300 at publishing time. According to car shopper website Edmunds.com, a used 2007 Suburban costs around $7,000, while the new 2021 model costs over $50,000, according to Chevrolet’s official website.

Sold it for 0.4 BTC fwiw. Feels like I may have done well. We will see. https://t.co/nMUm2AfkAp

If the Bitcoin price breaks $130,000, as some have predicted, there’s a chance Williams will have sold his 13-year-old car for as much money as a brand new model.

Despite publicized instances of celebrities and businesspeople transacting in crypto, Bitcoin use for payments is still relatively low, and many have criticized the coin for being a poor means for payment. However, in a recent blog post Fidelity Digital Assets aimed to dispel this notion, suggesting that the Bitcoin network’s decentralization and immutability were a worthy trade-off.

Furthermore, major payments-related firms are finally getting on-board with the seminal cryptocurrency. Earlier this month, major payments network PayPal finally rolled out its crypto trading and payment service to customers in the United States.

Bitcoin Explodes to Fresh All-Time High; Here’s What Could Come Next

Following what is described as an “epic bear trap” to $16,400, Bitcoin has officially set a fresh all-time high....

XRP price must break a key resistance level before $1.00 becomes a real possibility. While Bitcoin (BTC) is facing...

Digital currency markets are on a tear this week, as a myriad of crypto assets have seen enormous gains...