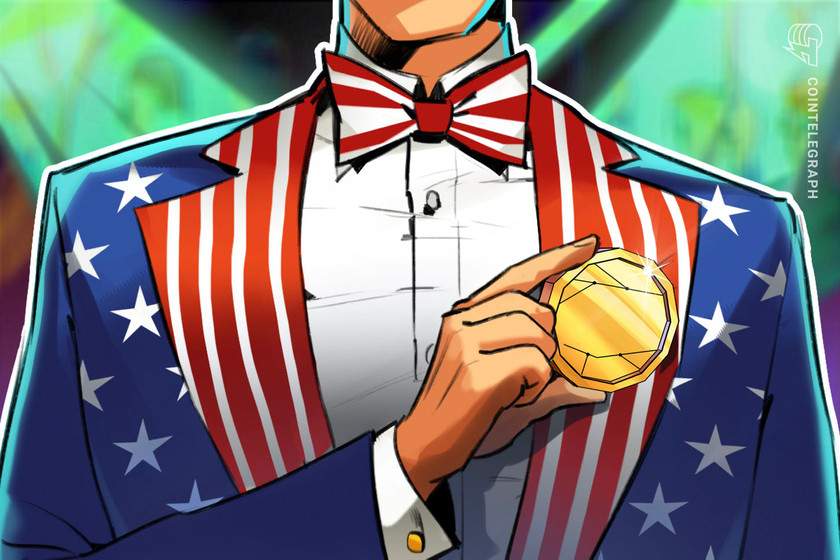 Attorney General William Barr tendered his resignation to President Trump last night, opening up the conversation as to how a Biden-appointed successor will handle crypto.

In a tweet Monday evening, President Trump announced the departure of William Barr from the office of Attorney General. The announcement comes the same day that the Electoral College convened and confirmed Joe Biden’s victory in the November election.

Barr, long one of Trump’s most loyal allies, will be stepping down on December 23. Under Barr’s leadership, the Department of Justice has ramped up its actions in crypto, including high-profile criminal charges against BitMEX’s leadership and the release of a new framework for crypto enforcement in October. The latter half of this year has also seen the largest seizures of crypto assets yet.

Even among old-school Republicans, Barr, who previously served as Attorney General under George H.W. Bush, is particularly hawkish. In his resignation letter to Trump, Barr listed what he considered his front-line accomplishments:

“During your Administration, the Department of Justice has worked tirelessly to protect the public from violent crime; worked closely with leaders in Mexico to fight the drug cartels; cracked down on China’s exploitation of our economy and workers; [and] defended competition in the marketplace, especially in the technology sector.”

As you can see, Barr was especially concerned with illicit money flows abroad. During his tenure, the DoJ’s concern with crypto has been especially intense in light of perceived threats of terrorism financing and money laundering, though the DoJ’s enforcement framework paid lip service to civil offenses like securities fraud. The ongoing tech war against China has, indeed, spilled over into digitizing currencies, which may well prove a threat to the dollar’s international dominance.

But then what does a DoJ without Barr look like?

The short list for Biden’s potential nominees to Attorney General include Sally Yates, Merrick Garland, and Doug Jones. Yates served as Deputy Attorney General under Obama, and lasted 10 days as Trump’s Acting Attorney General until he fired her for refusing to defend his initial Muslim ban. Given her role in the Russian election interference investigations, the Republican-held Senate is unlikely to confirm her.

Garland, for his part, ran into Republican stonewalling when Obama nominated him to the Supreme Court in 2016. Nonetheless, his reputation as a moderate is strong. As far as crypto is concerned, he is likely to be less aggressive than the more foreign-threat focused Barr. Garland made his name in the 90s investigating several high-profile domestic terrorist attacks like the Oklahoma City Bombing.

In recent years, as crypto has gotten more attention from law enforcement, Garland has kept a low profile. But his CV suggests that he would be more focused on domestic affairs, which generally hasn’t led law enforcement to crack down on crypto.

It is for Jones, who recently lost re-election to the Senate to former football coach Tommy Tuberville, that we have the most extensive public record of considerations of crypto. During a 2018 hearing before the Senate Banking Committee focusing on crypto, Jones asked witnesses Peter Van Valkenburgh of Coin Center and noted crypto naysayer Nouriel Roubini:

“Talk to me a little bit about the dangers of cryptocurrency as it pertains to law enforcement, money laundering, human trafficking, drugs, the whole 9 yards in which emerging technologies can be exploited by the bad guys to really wreak havoc in our systems.”

Van Valkenburgh seemed to disarm this line of thinking by saying: “I think if criminals are not using your technology, your technology is not worth anything.” He continued to point to NASCAR as a descendent of the souped-up cars of rumrunners, which amused the senator.

In a 2019 hearing on Facebook’s Libra, Jones was more concerned about money laundering and know-your-customer controls, which took center stage among regulatory concerns as Facebook was planning to provide a stablecoin to its 2 billion users.

“At some point, an innovative prosecutor is going to look across the table and say ‘you sir, are contributing to this. You are an aider and abettor.’ Are you prepared for that down the road, if you don’t do your job and this currency is used to facilitate human trafficking, drugs, and fraud, are you prepared for Facebook and all your Calibra and Libra users to be looked at as criminal defendants?”

As with Garland, Jones’ background is heavy on domestic terrorism, which Biden has named a priority for his administration, specifically a rise in white nationalist movements. An October report from the Department of Homeland Security noted that among domestic violent extremists:

“Racially and ethnically motivated violent extremists — specifically white supremacist extremists (WSEs) — will remain the most persistent and lethal threat in the Homeland.”

Though crypto’s potential usage in domestic terrorism gets fewer headlines than its role in international terrorism financing or money laundering, members of Congress have expressed concerns over crypto and encrypted messaging systems facilitating hate crimes in the past.

Home » Uncategorised » With Bill Barr leaving the DoJ, what will the next Attorney General do about crypto?