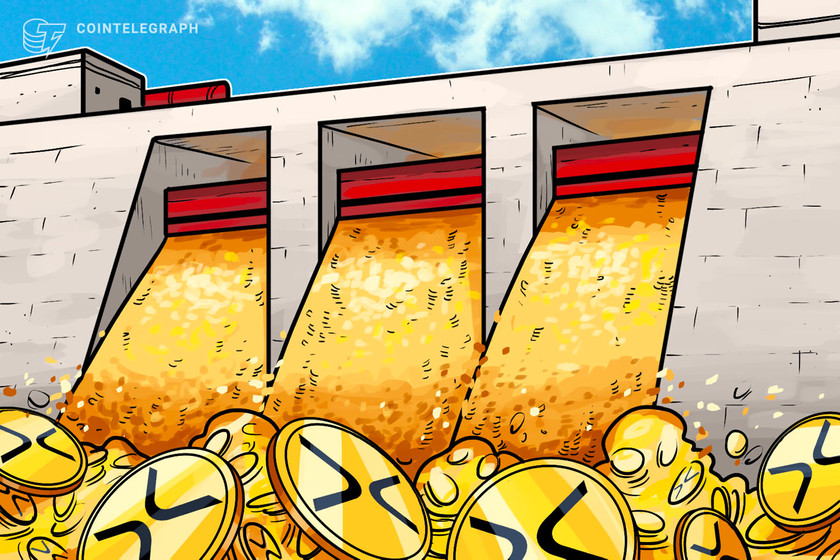 XRP price rallied 86% as members of a Reddit-based investing group shifted their focus from Dogecoin.

XRP price underwent a strong 86% breakout in the early trading hours on Jan. 30 as the fourth-ranked cryptocurrency by market cap became the new coin of focus in the r/Wallstreetbets cryptocurrency-focused off-shoot r/Satoshistreetbets.

Data from Cointelegraph Markets and TradingView shows that XRP rose from $0.28 to a peak at $0.51 before profit selling pulled the price back to $0.41.

It appears that the antics of the past week which saw r/Wallstreetbets pump GameStop, AMC and Dogecoin (DOGE), have carried over into the weekend as Stellar (XLM) also saw its price pump in tandem with XRP.

After rallying more than 800%, DOGE price is now down 71% from its recent all-time high of $0.078 on Jan. 29. Data from TheTIE also shows that the rally in XRP price coincided with a drastic jump in tweet volume.

Stellar (XLM) has also received some attention from r/Satoshistreetbets, resulting in a price spike of 64% on Jan. 27 which saw the price of XLM reach as high as $0.38 before correcting to its current value of $0.318.

XRP’s legal woes may place a damper on the rally

In the past few months, XRP price has been hard hit due to a lawsuit filed against Ripple by the U.S. Securities Exchange Commission (SEC). The SEC alleges that the company is conducting an ongoing illegal securities offering as Ripple still periodically sells XRP tokens out of the treasury.

The company is demanding to know why Ether (ETH) isn’t considered a security and said that the government body “clearly picked two winners and ignored a growing and robust industry that is much larger than Bitcoin and Ether.”